Shop the BEST Appendix Inside the Waistband Holsters. 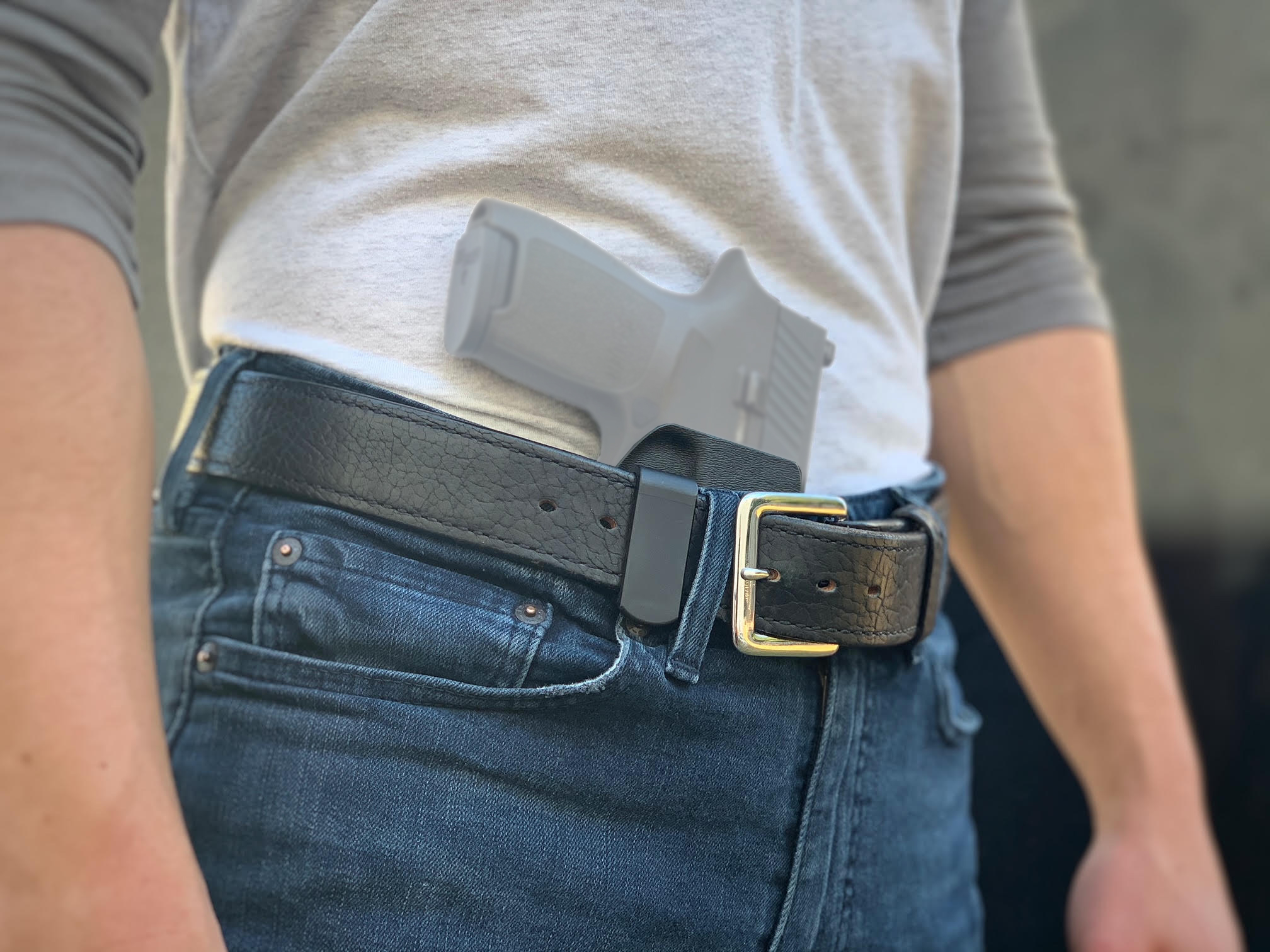 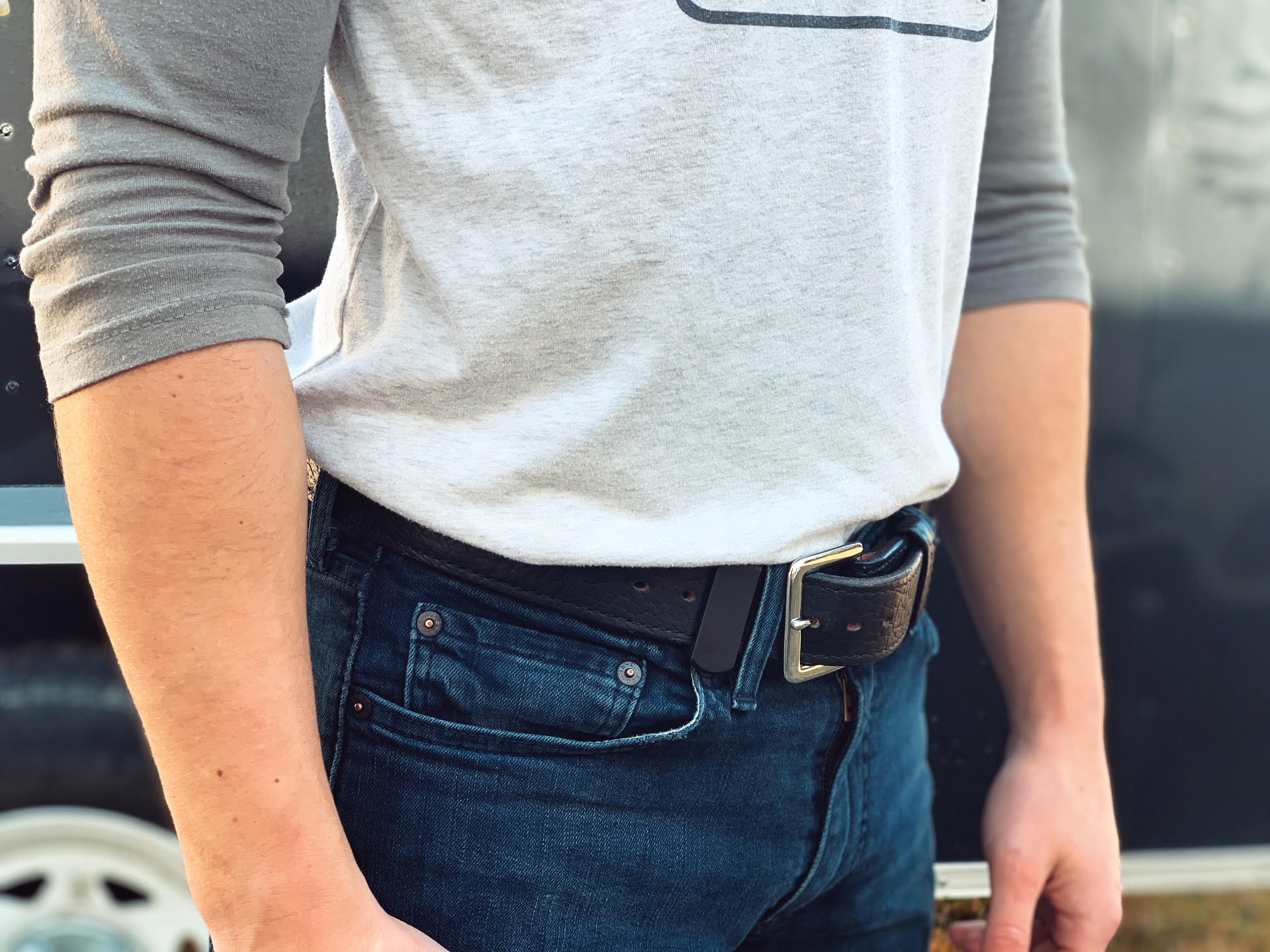 AIWB Holster: Appendix Inside Waistband Holster sits Inside the belt and pants, most commonly around the 12 o'clock position.

Appendix Holsters ( AIWB Holsters) usually come equipped with some sort of claw and/or wedge to aid in concealability. The claw (or wedge) typically designates the holster as strictly for appendix carry. While the holster could be worn anywhere- the claw makes holstering up a bit cumbersome in any other belt position.

What is the AIWB Holster Claw?

The Holster Claw sits directly in line with the holster's belt attachment to push against the belt and pull the grip into the body to prevent the grip from printing. The claw typically works best on a flat plain, which would be the stomach/appendix area. The claw can also work with the holster positioned behind the hip, but the claw makes it difficult to take on and off the belt.

What is the difference between AIWB and IWB Holsters?

The  AIWB Holster is intended for carrying in front of the hips. Aside from typically having a claw, or some sort of concealment aid, AIWB Holsters typically have a straight draw or 0° cant angle. This means that the belt attachment is positioned in a way that keeps the gun straight up and down, the slide perpendicular to the belt.

Sometimes with custom made holsters, you can also choose a negative or reverse cant angle, meaning the belt attachment is positioned in such a way that the grip is tilted towards your draw hand.

Can IWB Holsters be worn as Appendix Carry Holsters?

The opposite is also usually true. An  AIWB Holster can be used as an IWB Holster if the cant angle allows for it. The claw attachment can usually be removed to make it easier to put on the belt.

How do I know if Appendix Carry is right for me?

Try appendix carry out and see for yourself! There are many benefits to carrying in front of the body, and we'll go over that in a bit. But the only way to be sure that you'll like appendix carry is to just go for it. If you don't want to spend money on an AIWB Holster to try it out, see if you can borrow one from a friend.

Another option is to unload the firearm and carry it around the house in the appendix position for a test drive. You won't get the full effect, but at the very least, you'll be able to have some indication on whether or not appendix carry is for you.

Carrying your firearm in front of your body gives you fast access in a bad situation. With practice you can draw, acquire your target and fire off a round in less than a second without having to fumble around behind your back to find your gun.

Safety is another pro to consider when appendix carrying.

For instance, carrying at the small of back can come with many downsides such as falling and ending up with a possible spinal injury. Many urge against small of back carry for other reasons as well, such as flagging yourself when drawing.

Carrying at the hip can pose a risk when considering many threats come up from behind. If someone approaches you from the side or from behind your back, your firearm can be taken from you. You run less of a risk when carrying at the front of the body where your gun can be drawn using less movement.

Well, what about shooting your junk off?

I can only say this: accidents can and may happen. The only thing you can do to eliminate the risk is to practice drawing and firing constantly. Drawing from inside the waistband and dry firing is a great way to maintain your training and draw speed, but nothing can beat time at the range.

There are some really great youtube videos out there that demonstrate drawing and target acquisition from the appendix position. With practice you can lessen the risk of accidents happening. With enough practice you will eventually become confident in carrying  AIWB and the anxiety you feel regarding this particular carry position will fade.

Check out these Appendix Holster options from Dara Holsters: