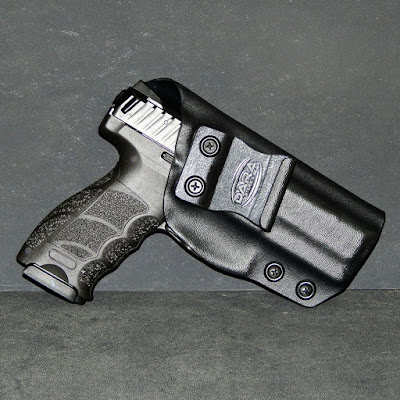 The VP40, like the VP9 is a striker fired pistol whose design concept was built off of the world renowned polymer HK P30 frame .

To begin with I think there may be enough of a fan club out there that would stake it all on claiming the frame to be an ergonomic masterpiece. Owing its success to not only three sizes of back straps, but in the six different panels (small, medium and large) for both its left and right side. This option package affords you the ability to customize the grip to your hand right out of the box. 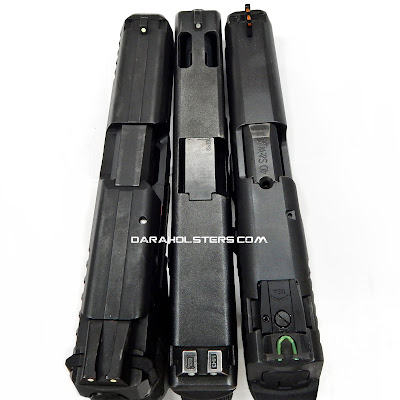 The slide came as a surprise, I think most of us expected something more similar if not identical in construct to the VP9, instead the slide is a bit robust, and very likely, overly engineered. Do I think this design change will take away from the overall success of the pistol? No. I believe the basic VP design to be well balanced when coupled with a full magazine and it absorbs the recoil of the hot little .40 S&W like a champ. I've also found the VP40 to shoot very comfortably with a fast and smooth re-acquisition to target. 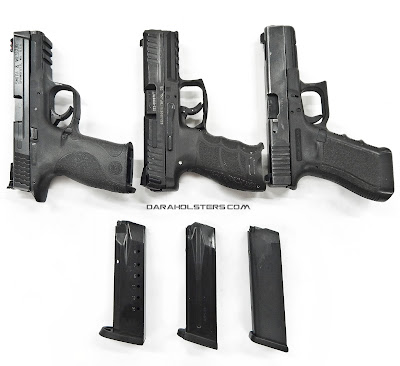 Magazine capacity has always been a flaw in the P30, and unfortunately for the VP40 those genes were handed down. It’s going to be a hard sell pushing a 13 rd magazine in a 15 rd market. You would think with the lesser capacity, that an intentional magazine design feature was at work which would have provided the owner with a more concealable grip length. That was just not the case, with a magazine inserted, the VP40 is almost an eighth of an inch taller than both the Glock 22 and Smith & Wesson M&P 40. Both, may I add, sport the two extra rounds that should have come with the VP40. Although this may not be an issue for you less fortunate folks bound to those socialist states that limit our capacity to ten, the rest of us here in the union may want to consider this short sheeting when purchasing. 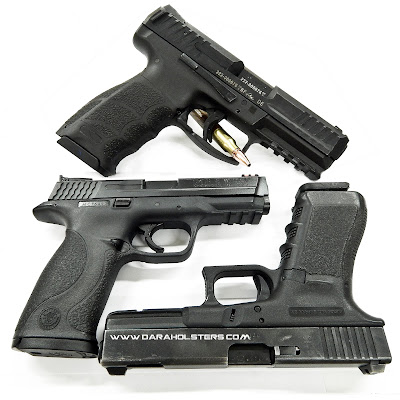 The trigger in the VP40, like the VP9, is remarkable, considering HK's track record for a heavy and slightly mushy trigger pull. The VP trigger on the other hand is smooth, with a predictable take-up that breaks clean like you would expect in a quality striker fired system. The striker is released at an average pull weight of 5.5lbs., keeping it right in line with its competitors.

Accuracy for the VP40 is outstanding, the rifling is polygonal bored into a cold, hammer forged barrel that locks up tight as shit and is capable of shooting more accurately then I ever could. The distance between the trigger break and the rear of the grip is customized to your hand, completely eliminating muzzle pull. 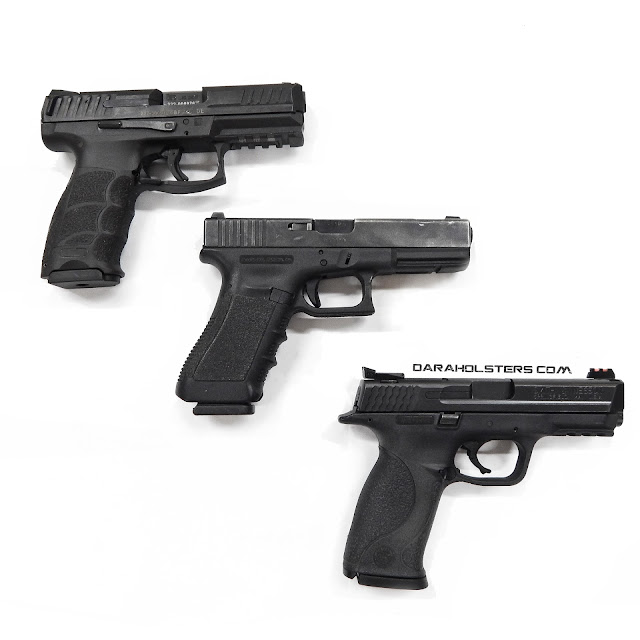 Overall, the VP40 is a high quality firearm that was obviously engineered with perfection at a price point in mind. I don't think you could go wrong adding this pistol to your arsenal.I hope this helps with your purchasing decision. If you do choose to pick one up, be sure to swing through DaraHolsters.com and wrap that pistol up. 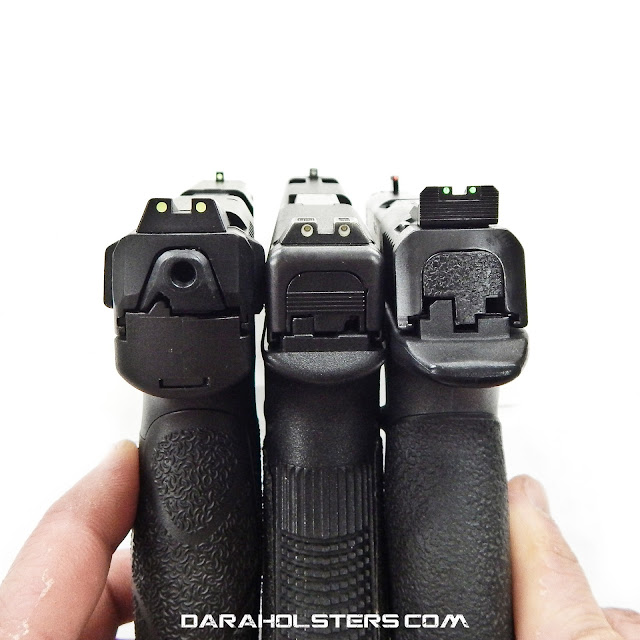 Looking to enhance your HK VP40?

We recommend these products: